Since the late 1990s Asuna has created experimental sound works that vault genre divides, crossing from hip-hop to hardcore punk to freak folk noise and low-fi pop. Asuna’s landmark work 100 Keyboards is a site-specific listening experience in which one hundred battery operated keyboards are sensitively brought to life, generating an undulating sonic harmony both mesmerising and mysterious.

The crowd of sounds takes on its own kind of mass, while subtle acoustic variations emerge, hover and retreat. On process and presntation, The Melbourne Critique spoke with Asuna, ahead of presenting this now work at Newport Substation as part of Melbourne International Arts Festival.

How does one even begin to formulate a concept surrounding the sounds and grouping of keyboards on such a scale; through development, how different was your perception of the sound and what emerged as end product?

I was making music with my computer around the end of the 90s. Those techniques made it possible to treat sound and frequency visually, like a microscope. These technological evolution’s brought a new methodology of thinking and  with them, a new viewpoint. At the same time, I was also playing lo-fi experimental punk music in the band. These extremely different interests gave me a distinct point of view on the conceptual and physical effects on the phenomenon of sound. I think, these various experiences from when I was a teenager are reflected in my performance.

You have worked within the same medium for 20 or more years – what does this stoicism feel like?  As an artist, creating within a rapidly evolving music industry, do you, in anyway, embrace new sound technologies, or are you    more drawn   to the nostalgia  for a past time?

For artists who are pursuing results, new technology is a fast way to accomplish that. However, it will then become a part of the industry that is only pursuing ‘newness’. On the other hand, it seems to be efficient wehn referring to past methods of history. However, there is a long history in the past of  artists having a fear of recycled work, it is very difficult for them to make their own contexts. Technologies give us a new perspective, but I think it is important to see the past from that new point of view. I never thought of my activity as stoic. I just like music and art. At first glance, this thought may seem simple and primitive. But I am not interested in the results of the music industry that these cause, I am interested in the process.

Define what experimental means to you, and how has it helped in defining your sound and your being in the everyday- do you think your work is at once recognizable as belonging to a past era, and why?

In the context of minimal music, “100 Keyboards” may be recognized as the same, but my point of view is different. These are works dealing with the phenomenon of sound;  the point is that they are born because it is a lo-fi toy musical instrument defines the existence of one’s own experimental means.

When so many similarly made, mass produced objects are amassed, a drawn conclusion perhaps, centers on statements of mass consumption, of fast products, disposed with consequence, too quickly. As an artist,  have you ever entertained or explored these notions, and are some present here in 100 Keyboards?

Most of the keyboards I use are cheap toy products, mostly second-hand, a lot have been rescued from hard rubbish, and there are also many keyboards that friends have given me. I find new notions and perspectives in the things people tend to overlook. There is no general viewpoint that reflects the mass production society. My interest is not the number of keyboards, but the phenomena of sounds they produce.

How does the crowd of bodies affect the crow of sounds, in realtime during performance, does this extend further than the aesthetic; is there a sense that shared experience and energy  changes 100 keyboards ever so slightly, each new time it is performed?

The reflection and resonance of the sound of each room/place is very important for my work. As the crowd moves, the sound reflection changes, so the sound of my work is changing every time depending on the environment of the room/place and the audience surrounding it.

Is culture ever a barrier in art, and post performance, what do you hope will be reflected upon by these audiences?

I hope that the audience will have a new view point and interest in sound by this performance. I hope that the cultural musical expression is also art dealing with phenomena. Is this thought too optimistic? 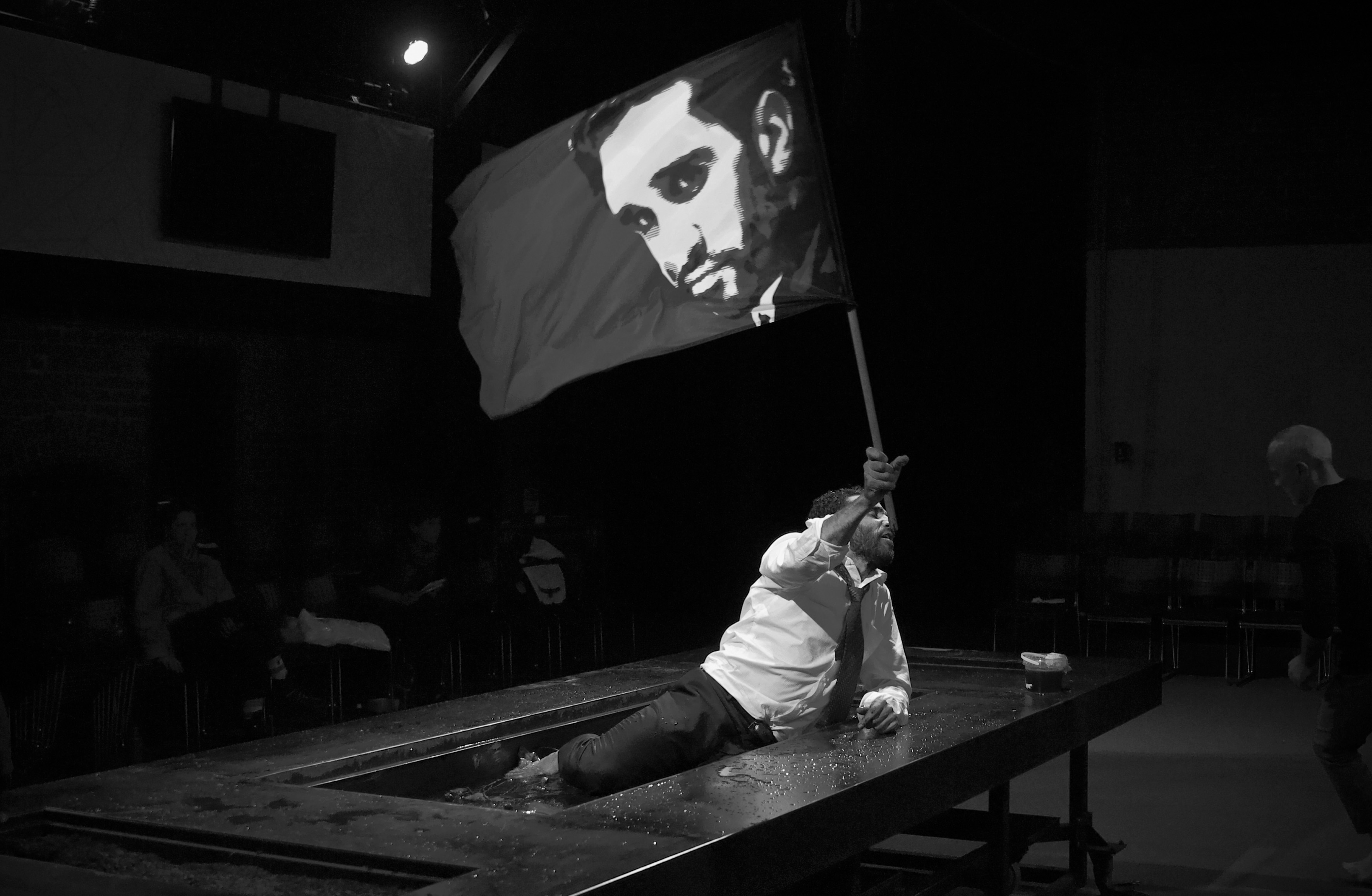