With the scandalous resignation of previous Lord Mayor, Robert Doyle, due to allegations of alcohol abuse, intimidation and sexual misconduct, the pressure is on to fill this all-important role. Mr Doyle’s replacement will be responsible for governing businesses, tourists, residents, CBD workers and the homeless and student populations. With the arts as such an integral part of Melbourne, being the “cultural capital” of Australia, the ideal candidate must also have an impeccable arts and cultural vision.

Among the 14 candidates made up of millionaires, businessmen and politicians, there is one contender that certainly stands apart from the crowd. Successful contemporary artist, feminist and lighting designer, Katie Sfetkidis, has been described as the ‘audacious artist candidate’ and is running independently and has no significant record, financial backing or profile. She does, however, have a vision for Melbourne.

By running for Mayor, she is giving voice to the artistic community and highlighting issues of inclusivity and feminism. The Melbourne Critique spoke with Katie Sfetkidis about her campaign, the changes she would make as Mayor and how art can be used for social change.

First of all, what inspired you to run as a candidate for Lord Mayor of Melbourne?

So, I just finished my masters at the Victorian College of the Arts last year and I had been making lots of work around women in politics and women speaking publicly. In my research I discovered that there hasn’t been a female Lord Mayor of Melbourne since the 80’s and there have only ever been 2 since 1842, when the councils were first started. So, I thought, well, why shouldn’t I run? Why should it just be men?

Also, I think there are lots of really interesting, socially progressive things happening in the arts industry, and I wondered what happens if you bring that out of our world and into the bigger sphere, so that was also part of the reason. What perspectives and strengths can you bring to the table that others can’t?

I think creatively about a whole range of issues, I’m also a local resident, with a studio in Melbourne. Only around half the candidates are actually residents. I feel like I have this unique perspective; where I work  in the city and in a lot of different areas. In most suburbs that make up the City of Melbourne I’ve probably worked at an arts venue or with the community there.

I also think I can bring an intersectional approach. Actually looking at council and not just accepting that maybe some structural changes are too difficult and that maybe we can start talking about it. It may not happen tomorrow, but I think those things are definitely worth discussing. 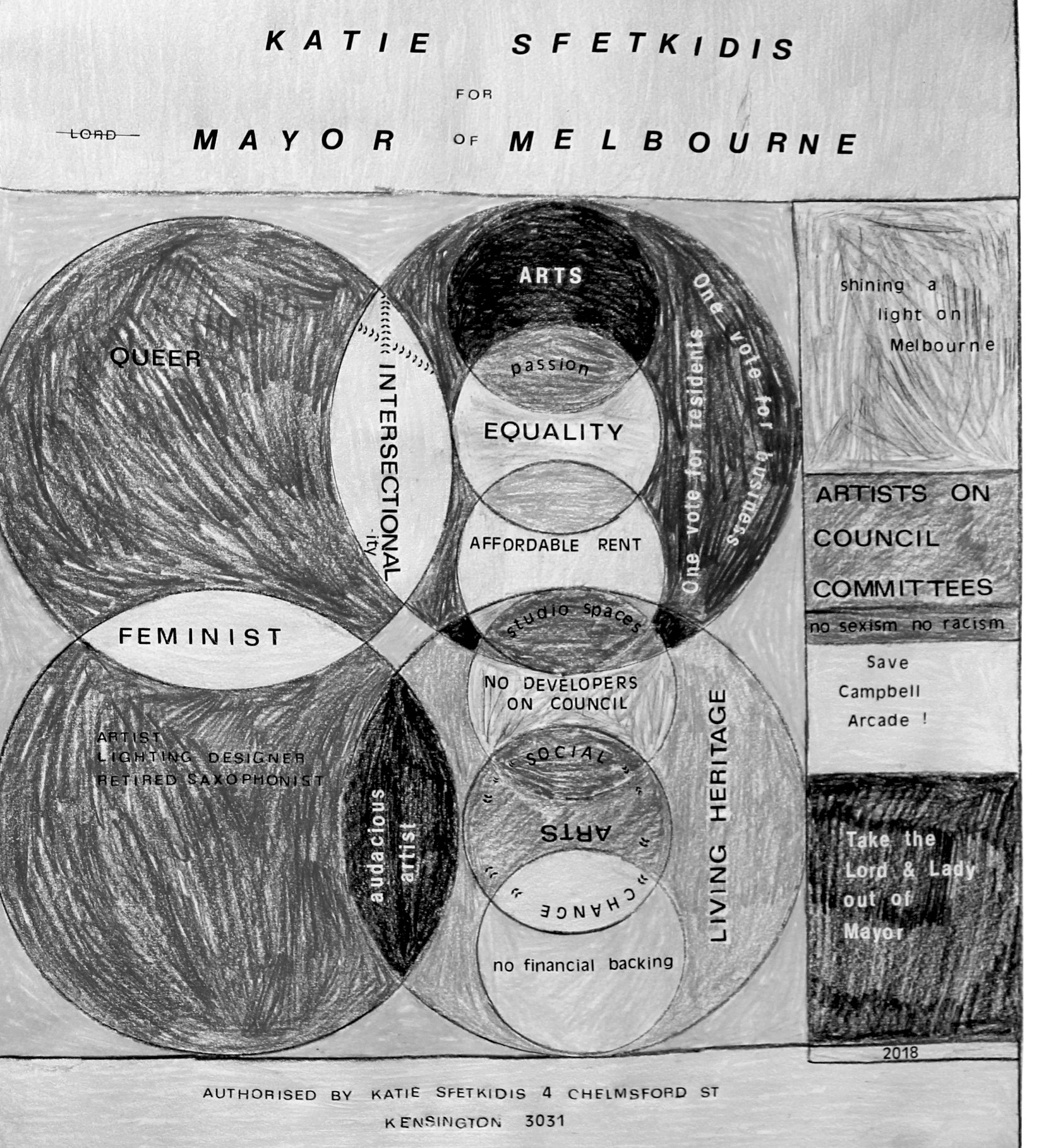 How has your career as an artist brought you into politics?

As I was saying, through the work that I had been making. So, last year I did a performance series where I was re-performing texts by women, including a lot of politicians. Previously, in my undergraduate days, I was involved with the student council and I ran the Arts and Culture department at Melbourne University in 2005. But I haven’t really had too much to do with politics, I mean I’m really interested in it, I talk about it all the time and I make a lot of work about it; but I’ve learned very quickly that being in it is very different from sitting on the outside.

Art is able to expose important issues and open up discussions, but how can art be used in a more tangible way within politics?
I think  that it’s not just about art, but ways that creative people can bring a different outlook to issues around the city. For example, we’ve been talking a lot about those concrete safety blocks that have gone up everywhere . A really simple solution to that would have been to commission some artists to make something that could functionally act as a safety barrier but also be aesthetically pleasing.

For example, we can get artists and creative people inside conversations surrounding development so that these new buildings and apartment blocks that are going up are not just made as cheap, affordable, functional spaces for people to live, but also as spaces where people can kind of gather as a community. Spaces where maybe some kind of creative endeavor can happen as well.

What is the main purpose of, or message behind, your campaign?

It keeps changing! I think to begin with I wanted to show that we have a responsibility as artists to be civically involved in the city. Art can be about more than just creating cultural experiences for people, it can be about actually creating social change. That is the main message of my campaign, I think. Artists have ideas to offer that aren’t necessarily about creating a show. It’s about working with community or it’s about working with council.

We need to find ways to make that institution more accessible to everybody. At the moment it’s sort of the place for property developers, business people, and wealthy home owners and that’s kind of it. Most of those people, not all of them, tend to be male and white. There are also a lot of other communities such as the Queer Community and the Indigenous Community who are both totally excluded from that space. Because of the bureaucracy it is really intimidating if you don’t know what you’re doing.

Art spaces are going through a really similar thing. Galleries and big institutions are really starting to open up spaces, these can’t just exist for rich white people; they need to be spaces that are inclusive. So I wonder, why aren’t the council doing the same thing? Particularly when our mayor has resigned because of allegations of sexual harassment. There is obviously something going on in that place that’s not working.

If you were to become the Lord Mayor of Melbourne, what would be the first areas and issues that you would work on to improve Melbourne?

I would like to look at the voting structure in Melbourne, currently it’s compulsory to vote and every business that is in the city of Melbourne automatically receives 2 votes for every 1 vote. That is a top priority, we need to look at a way to change that because it doesn’t actually represent the demographic or the living situation of Melbourne anymore. It may have in the past, but I think the resident population of the CBD is quite large now, in a way it didn’t used to be. In a way, that’s tied in with inclusivity. How can we ever break free of that if businesses have such a large proportion of the vote?

I would also address the issues surrounding the Queen Victoria Market re-development, it’s been a very hot topic for the campaign. I would try and make that happen in a way that wouldn’t take forever. 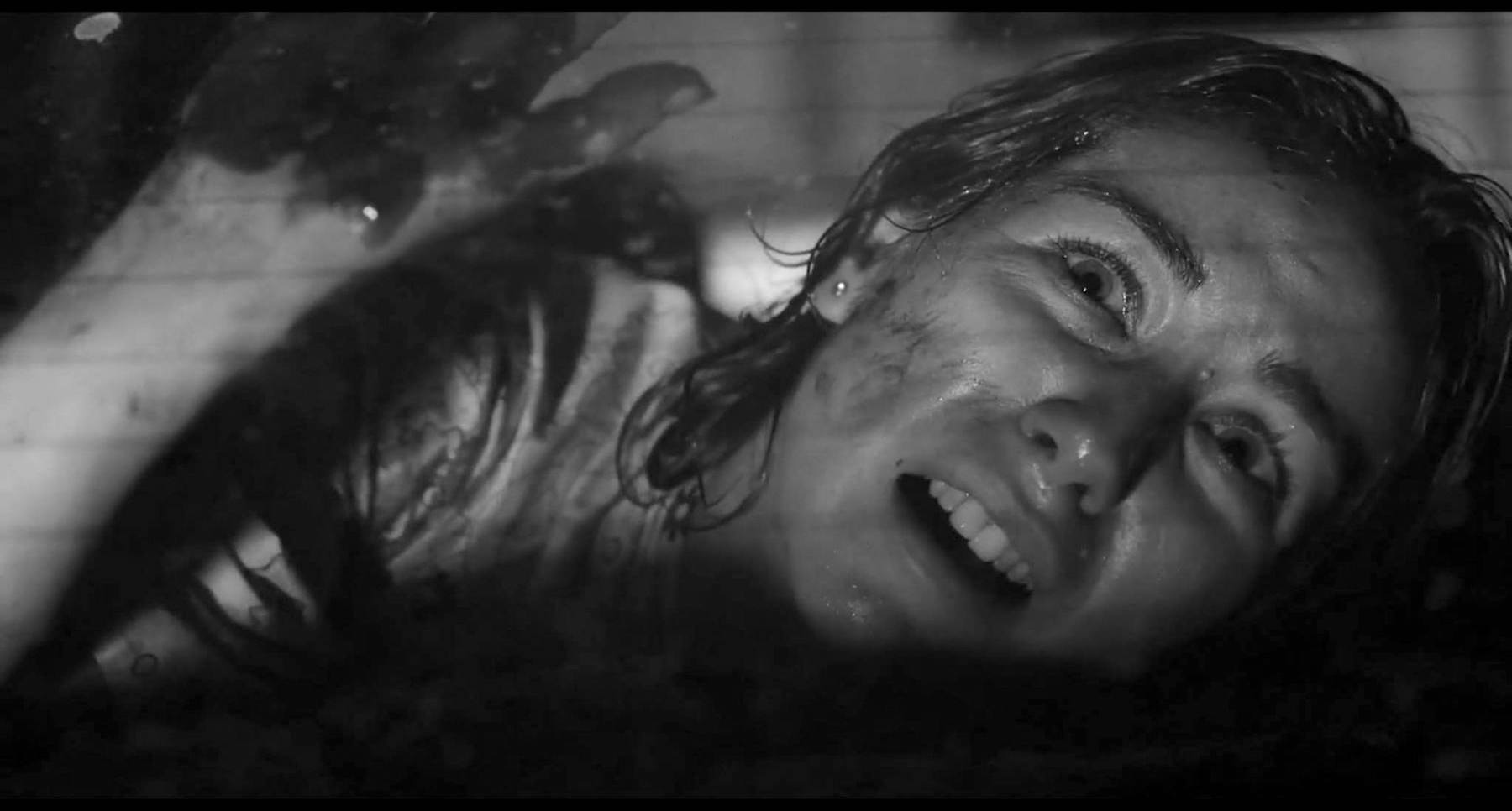 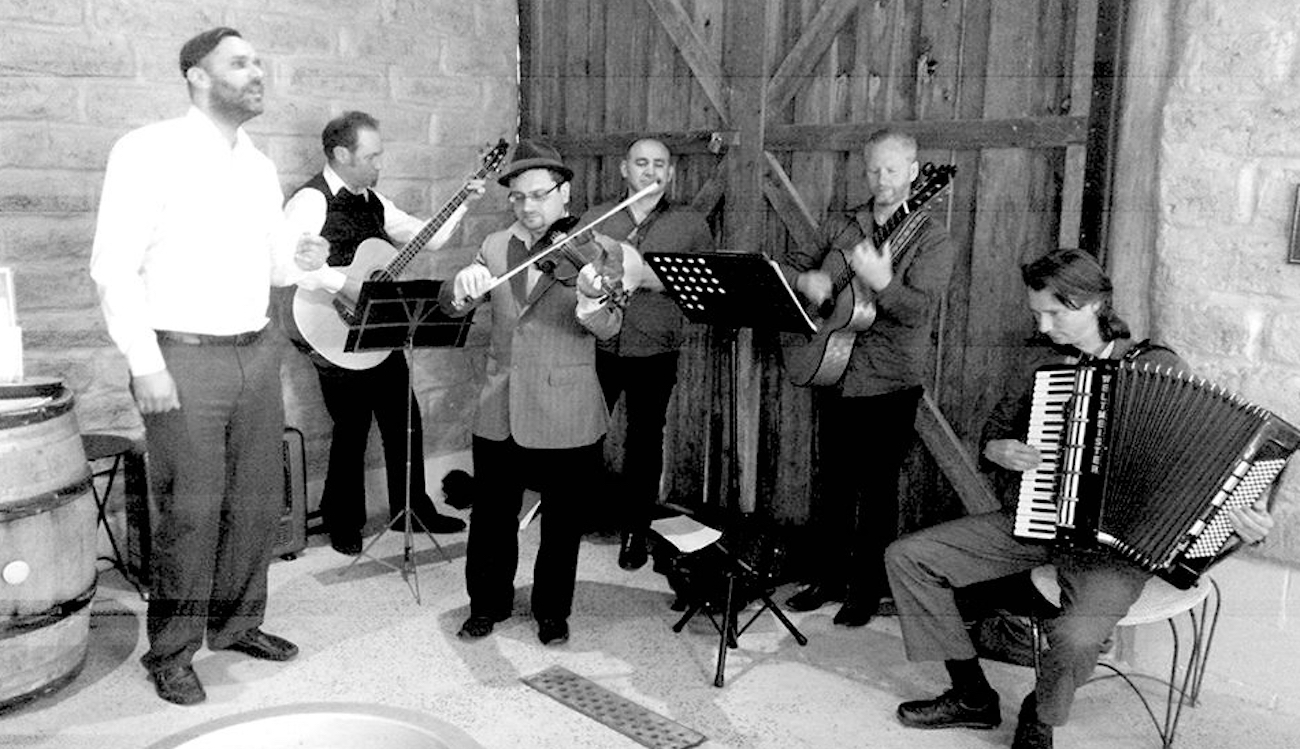