“Our basic human nature is consistently afraid of other things.”

Jill Orr, is one of our country’s most established artists. Her work often challenges convention, while  responding to our landscape as much as our consciousness. This Dance Massive, Orr is presenting Dark Night; a work born from a place of visual arts that, through creative evolution, has resulted now in a piece, which is framed by the political, but wishes to speak from and to the all-together personal, revealing a common thread within humanity. It asks us why, we shun those seeking refuge when they reach our country, in the same means as those which arrived in 1788.

Art has possibility, and, of course, that possibility is there because people go to it with their whole back story which you can’t cut off; you will never experience or make a work of art as a blank canvas, art is never neutral. We are always living and absorbing things outside of ourselves, as well as, things inside of ourselves.

If the work is powerful enough, people will respond to it, they will think about it. It’s this powerful thing, which goes right in, bypasses the intellect and hits you right in the gut.As a maker it’s a contribution to a conversation; art can bring out those nuances.

Over 7 years, the creative process behind Dark Night has evolved, Orr explains that the genesis of this work, drew upon her rich vocabulary as a visual artist, and that what will be presented at The Convent will still bares some of the hallmark of Orr’s unique eye for detail.

This work has had a long evolution, through multiple different forms since about 2012, with TAMPA and the whole asylum seekers’ debate which followed about the terribly inhumane policy that Australia still has of detaining people off-shore without any real hopes of a future. It still continues, even recently with Kerryn Felp’s medical evacuation bill.

It has a lot to do with the media as well; particularly back in 2012 and earlier, refugees were never given a voice, and a certainly never given a back story, so that they can actually become, in our mind, human beings. They are always portrayed as a number never as a person.

“It’s this whole fear of the other, in Australia, if you are from somewhere else, you must be dangerous.”

It started there, and really out of another work I did, called The Promise Land, which was purely visual. I had, at this point no intention of creating a movement piece. In The Promise Land, I worked with a  boat, made from balsa wood which slotted together, and could be flat packed and could travel anywhere. So we put the boat down on the beach in St Kilda at dawn, and contrasted it with a backdrop of the massiveness that is The Spirit Of Tasmania. We then took it further down to Princess Pier, where, after World War II immigrants arrived. Then I took it to The Yarra River, where it looked like a work from the early Australian impressionist painters. I’ve drawn on these particularly historic art images and drawn them into the piece.  These historical moments, and our actions have formed our history, and still do, so what has changed, not much?

Last time I did this work it was as a part of Lorne Sculpture Biennale, situated in an old abandoned quarry with this serious rock face; this environment was so powerful, it challenged me and made me think how to pull focus on this small single figure. Compared to the quarry, the space at the Abbotsford Convent’s Magdelan Laundries is huge, and will handle the large  scale sculptural work that will come to life.   Audiences will be closer  and experience a slightly different ending.

Finishing with a focus on the political, Orr muses …

Although I do know the blurb about Dark Night sounds terribly intense and political and it is, I’m hoping that the poetry of the work is not so pragmatic or didactic, it will allow a bit of nuance.

I hope people that people see the present conditions, and reflect on the history of coming together. 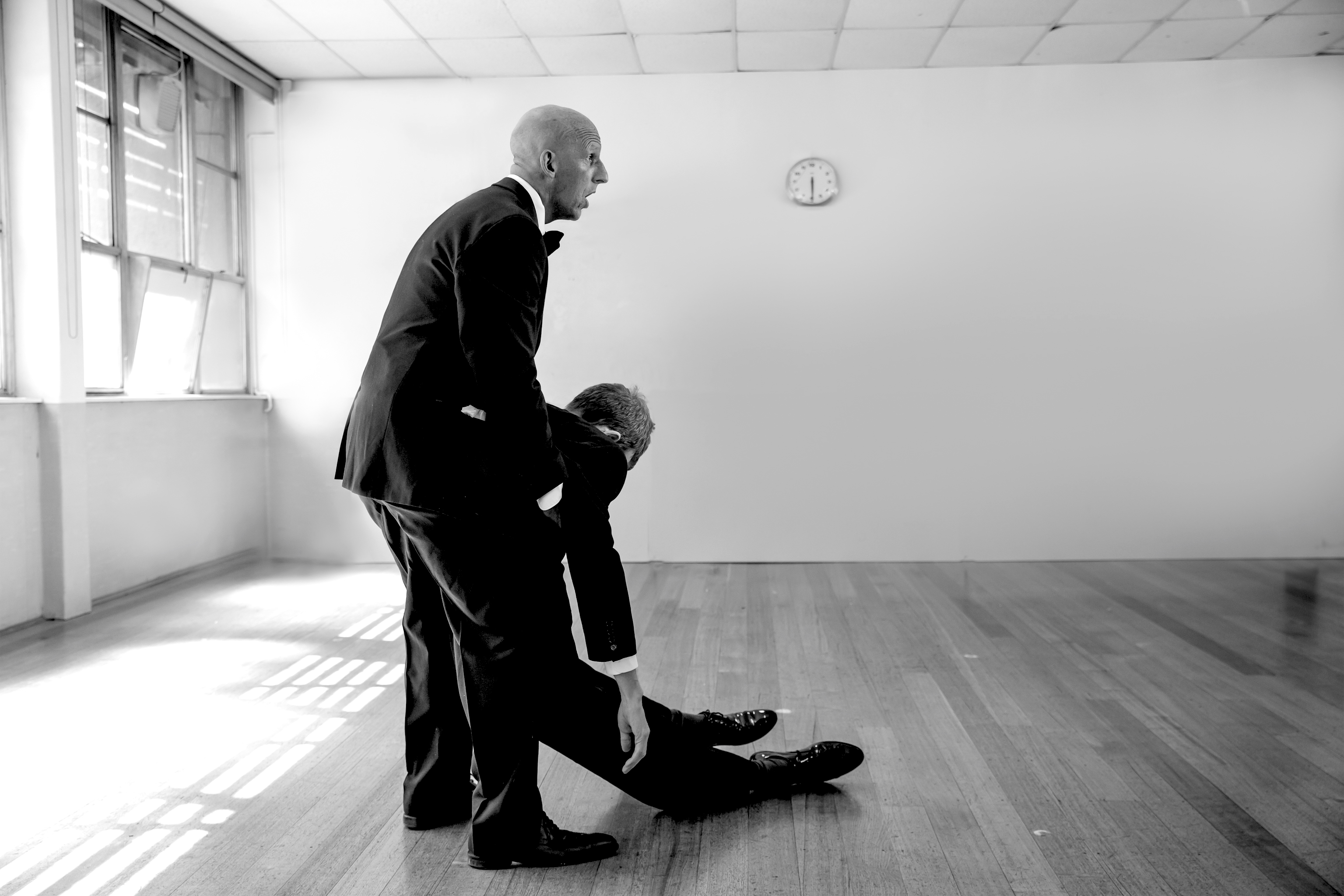