In the dim lighting of the performance space, we can make out the silhouettes of bodies that dot the floor. The unmistakable voice of Leonard Cohen drifts across the audience, setting the tone for a work that is dark and foretelling. As all that is realist and the world that exists outside falls away and into darkness, the sounds of nightfall rise in syncopation with the rhythm of breath, delivered in canon. The sounds here are evocative of Bjork, in particular her seminal album Medulla from 2004, which she recorded almost entirely as a cappella. It’s haunting and pulsating, carrying the performance and allowing its varying states of emotional decay, refrain, togetherness and detachment to really be communicated.

Dripping with metaphor of both the visual and physical nature, we see returns to the same concepts throughout from metals to earth to body and back to blackened soil. Uncovering the past. In this performance, the overriding sense of innocence and loss of duality and time really play on the audience’s consciousness. The effect is meandering, and an indelible burning question remains. From this point and in future narrative, any of these young characters could become a perpetrator of something unimaginable because of the simple fact that it is never let on: the chain of circumstance in past narrative that have led to a community, bereft of parent or guardian. It’s a reflection of society that will remain steadfast. The creative team have also sought to play on this sense of innocence and youth. In this performance, the idea of gender fluidity is explored, repeated and played upon. Notions of fertility and nurture are embodied by both the male and the female. The introduction of fertility speaks directly to the earth and its fertility or perhaps future lack thereof, as well as our raping of Mother Earth for capitalist, war, economic and exploitative reasons.  Has this current generation’s inability to act on and find among us a leader led to some form of climatic disaster here? There are so many questions in this work.

These all emerge from a performance that, apart from a single spattering of words in final scenes, features no text. The beautiful underpinning of its score stands alone. It’s theatrical, but the direction and composition of this work allows it also to be considered to a degree as a dance performance. It’s beautifully choreographed stuff. With an ensemble of 15 young performers who all give to this work something indescribable, the approach has been to keep things simple. From this simplicity, beauty really does emerge. Finite, splendid, dark, harrowing, and unsettling images are found here.

It seemingly finishes in opposite to its beginning, as our eyes adjust, night creeps upon us. Closing scenes feel like a crescendo of isolation and despair; the lights rise and do away with all the magic, like sunrise kills the night. Visually, this work is uncompromising in its perfection and its sheer glory. In extension of the metals referenced throughout, the performance takes place in a circle formation, which is akin to a ritual in its shape, and this is bronze, with lights hitting its surface and reflecting across the performers’ bodies, the audience and the walls of the performance space. It slips, then emerges from shadow. There are more references here in closing scenes that are evocative of the gas chambers of The Holocaust which highlight the inequality in equality through the perfect marriage between production and performance. Its strict palette is another wondrous exercise in simplicity and refrain.

Gob smacking, brilliant theatre, Book Of Exodus II is not just a performance; it is an experience, and to use ‘that’ word, it is visceral. You must see it. It will render you speechless, leave you feeling open and comprised, unable to draw from your mind its beauty and timeless energy. 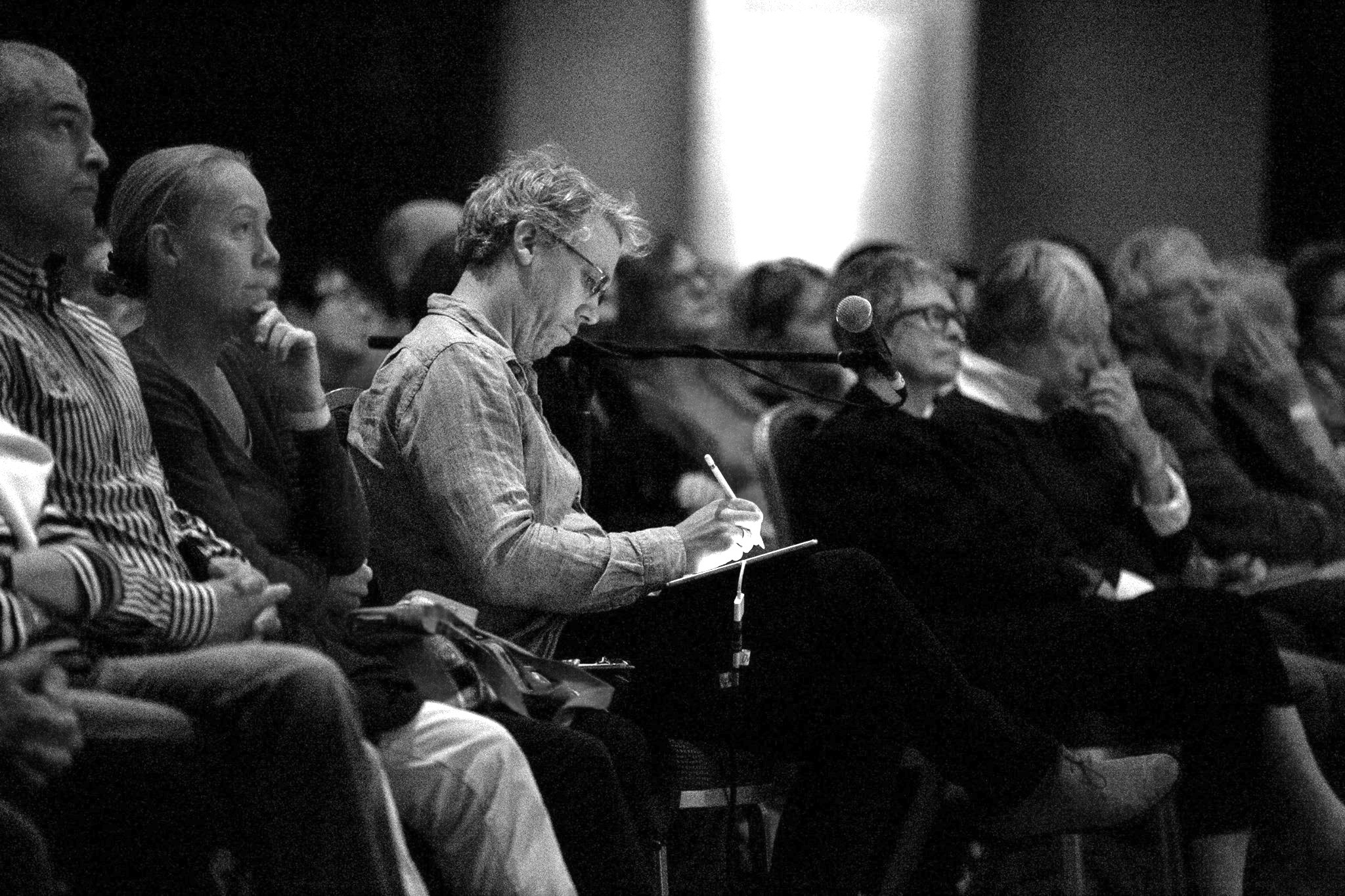 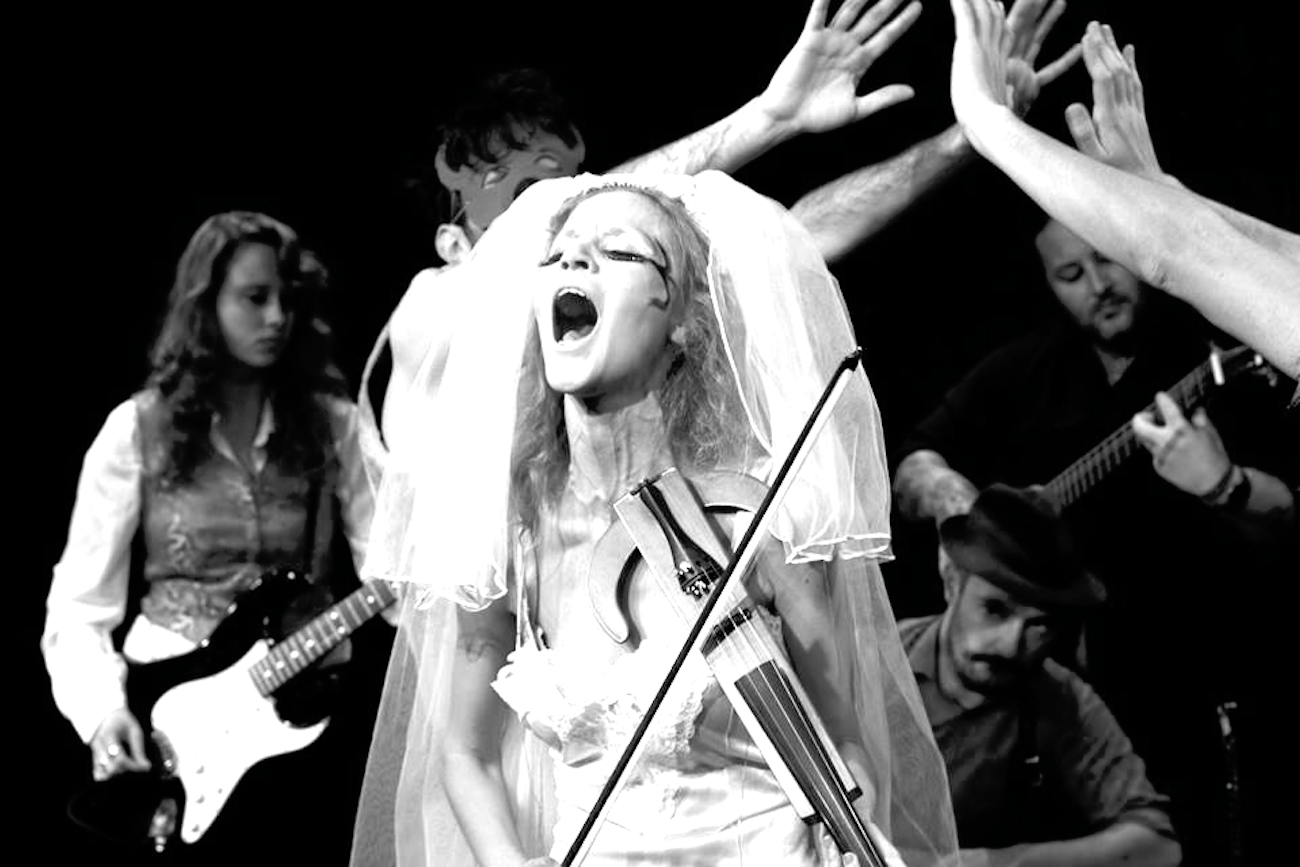