This now famed and iconic performance, began as sweet protest, emerging from  a space created for the discovery of something new,  from both dance and queer performance. In the years which have followed Yummy’s debut season, a shift in the attitudes and, in the wanting for creation,  has been adopted by an entire generation, unique to our city, if you are of the Smith St Persuasion come each and every thursday night, not much more needs to be said on this. But for those not of this, 2018 is your year, with this incredible ensemble taking the show in all its fabulousness right across Australia.  The fact is that touring work is an expensive exercise and a tricky execution within the context our arts funding. Instead in  true community spirit and DIY fashion, this yummy little event is your opportunity to support independent and locally made performance, whilst also enjoying a great night out. In the midst of preparations for their fundraiser and the joys of tour scheduling, James Welsby, performance maker, genius and the indiozvdial responsible for YUMMY, spoke with The Melbourne Critique

James, as the idea for YUMMY  was born in response to the Tasty Raids, it is impossible to not draw parallels between this work and the political. In the present day, with the recent postal vote and other constant attacks on the LGBTIQ+ still taking place, what role does this work – and art, more generally – now play in progression and the tackling of the far right agenda?

All queer performance is political, and YUMMY is no exception! Through the equal representation of women in a drag context, we’re subverting drag norms and presenting an array of different relationships to the form on stage. We focus on humour, celebration, virtuosity, and sincerity while being innately political. This has the intention of showing the three-dimensionality of queer lives, which is essential at this tempestuous time in our history. It’s really important to provide a safe haven with a positive atmosphere, and that’s exactly what YUMMY is. We catch flies with honey.

How has YUMMY transformed and grown over the course of its being, from its original presentation at Melba Spiegeltent to more recently at State Library of Victoria? Has the work in any way become more accessible?

YUMMY is constantly growing, changing, and improving. We like to be unpredictable while knowing our audience can rest assured that they will love what they see. The show has gone from strength to strength and will be touring in 2018, so we’re taking our little Melbourne-born baby out to the world now. YUMMY often performs in different contexts and locations, so there’s something for everyone. Our venue is wheelchair accessible, provides gender neutral bathrooms, and has a relaxed seating policy, so if people ever need to slip out they can do so at any time. I also think the event is incredibly good value considering the caliber of the ten performers.

What’s next for YUMMY coming into 2018? You have some big goals set out to reach. What was the wanting and reasoning for these, and how do you think you will go in achieving them?

YUMMY will start 2018 with a bang presenting our Midsumma seasonal spin-off show SUMMER TREATS! at the Melba Spiegeltent in January. From there, we will be touring across the country until March. I can’t tell you more just yet, but keep your eyes open! We’re trying to take the show to the next level now. We are fired up and ready to go!

With the fundraiser coming up, what can we expect from this performance? Who are some of the performers involved, and what does each cast member  bring to the ensemble and to the message of diversity and inclusion?

The fundraiser is to help us cover expenses getting across the country early next year. It’s going to be an absolutely incredible party with a top notch line-up of performers. Hannie Helsden, Beni Lola, Benjamin Hancock, Karen From Finance, Zelia Rose, Tanzer, Rolly, Jarred Dewey, Valerie Hex and DJ Jane Fondler will all be rocking the stage! Plus we have amazing auction packages, hilarious games, and awesome prizes. Within the cast we have women, men, genderqueer artists, artists with varied nationalities, and an interdisciplinary approach to performance with drag, dance, burlesque, comedy, live music, circus, and interactive performance.

Could you imagine a world benefit of art, and more specifically what does work like YUMMY give to the social, community focus and political landscape of 2017?

Art is how we express our spirits, and drag has a wild spirit! I believe that drag, like queerness itself, is limitless. YUMMY works hard to provide a performance space of serious quality. Our performers have worked with La Soireé, Briefs, Glory Box, Dita Von Tease, Lucy Guerin Inc, Chunky Move – the list goes on! We would be so grateful if people could come support us, and instead of giving money online come see a fabulous show! You don’t want to miss this one! 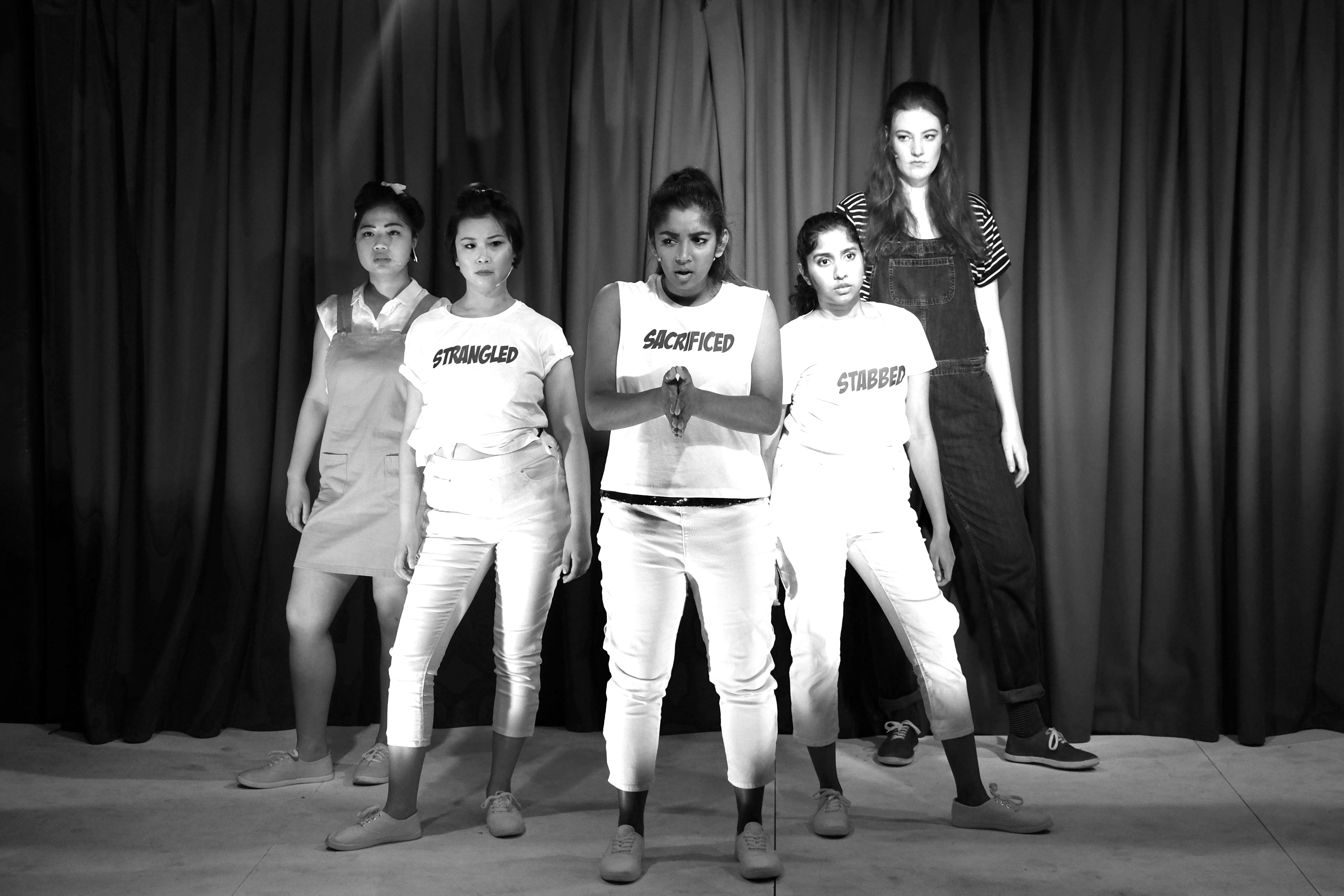