As subversive as it is both hilarious and terrifying  HIR  is an unflinching portrayal of  the modern day dysfunctional family, Created by Talyor Mac,  the work centers upon Max a transgender teenager living with mother Paige and father Arnold, once the bread-winner and abusive patriarch.  When brother Isaac returns home from serving in the marines, he finds war has broken out at home. Paige is on a crusade, finally liberated from an oppressive marriage she is set to dismantle the patriarchy and follow Max into a brave new post-gender world.

But in this savagely funny, thought-provoking work, annihilating the past doesn’t always free you from it. Harvey Kaska Zielinski, who plays the role of Max, spoke with The Melbourne Critique about process, escapism and the power of theatre,

Harvey lets start off, tell us your story, and what has led you into the world of theatre, is it to a degree a place of escapism?

I started in theatre at the age of eight. It was my parents’ idea to send me to classes; I was probably a bit “under-confident.” It was an instant love for me and I’ve never stopped doing it since, I feel really lucky that I’ve always known what I want to do without any doubt. I feel most present in the rehearsal room; listening, pursuing connection, investigating. I love the people I get to work with: I think most actors are curious, empathetic, present and playful people who willingly share themselves and give of themselves. To me that’s a really beautiful way to live.

I grew up in WA, moved to Sydney at 18 and studied at the Actor’s Studio. Then I moved to Melbourne, worked for a bit doing mostly film and TV and then did the Advanced Diploma of Acting at the National Theatre Drama School. I graduated from there last year.

Introduce us to HIR, what is it, what does it give, how does it feel?

HIR is actually a gender-neutral pronoun, that’s where the title comes from. Some people use Hir in place of her or him, often also using Ze in place of he or she. Max, who I play, is transgender and uses that pronoun. When I read HIR I was immediately so struck by it. I was laughing out loud and then absolutely floored by its ending! The work goes to a very dark place, but does so largely through comedy. At the heart of it is a struggle between the dominant patriarchal, binary controlled world and a new world envisioned by Paige (Max’s mum) and Max that is “beyond gender”, a non-binary post-Patriarchal world of equality, something more liberated and boundary-less… Paige and Max have been liberated from a violent oppressor and they are trying to get Isaac (Max’s brother) to come along with them to their brave new world, but Isaac comes home and wants to reinstate ‘order’, the fallen father, the patriarchy. Max ends up getting a little torn between Isaac and Paige, largely because Max wants validation from Isaac as a cis-man and a brother.

What has been the process and the experience been like while creating HIR?

I have been very lucky to have such a fantastic team, this has all been an absolute dream come true. The rehearsal room has been such a warm, respectful, empathic, intellectually stimulating and inspiring space. We’ve had long and vital discussions about how to handle this material sensitively. There are some potentially offensive moments, particularly in act one, that are still somewhat challenging for me to hear each day. My character is mis-gendered, described as a ‘transsexual’ (an out-dated term) and the slur “tranny” is used. The play puts us through this, but then skillfully justifies its use of language, ultimately empowering Max. It’s tricky and can be triggering but it serves a purpose that I understand and can align with. And none of the characters mean to be hateful towards Max in any way. Still, I would say, particularly to any young non-cisgender folk coming, to be aware and prepared for some difficult and offensive language. I would hate to take anyone by surprise.

The importance of theatre in present day, too you, translates as?

To me, theatre promotes empathy, curiosity, questioning, connection… It shares and exposes stories and perspectives that we might otherwise never come across… It asks questions and provokes… Provocative and surprising theatre that challenges you is what I’m interested in. I don’t see the point of leaving a theatre unchanged.

What should audience feel having walked away from this performance?

Aaah it’s so hard to say what they’ll get from it. Taylor Mac describes the style as “absurd realism.” I think it’s quite an overwhelming work, intentionally, and extremely funny, and very sad. There’s SO much happening in any moment and the play moves very fast. The character of Isaac (Max’s brother) is, in the beginning, kind of acting as the voice of the audience. He is so confused by what is going on at home since he’s been away, so he’s kind of the audience’s way in to the radical, insular, extremely queer, non-binary world Paige and Max have created. The play also explores generational family violence and how that intersects with poverty, Hir is set in Stockton; one of the places in the U.S most affected by foreclosures during the GFC. We also get a glimpse of a hopeful future, a more free and equal world less controlled by gender stereotypes. We have a very loud, in your face queer crafted aesthetic designed by Adrienne Chisholm and a soundscape often reminiscent of a queer warehouse party from Ian Moorhead… It’s a very very fun, high energy show. 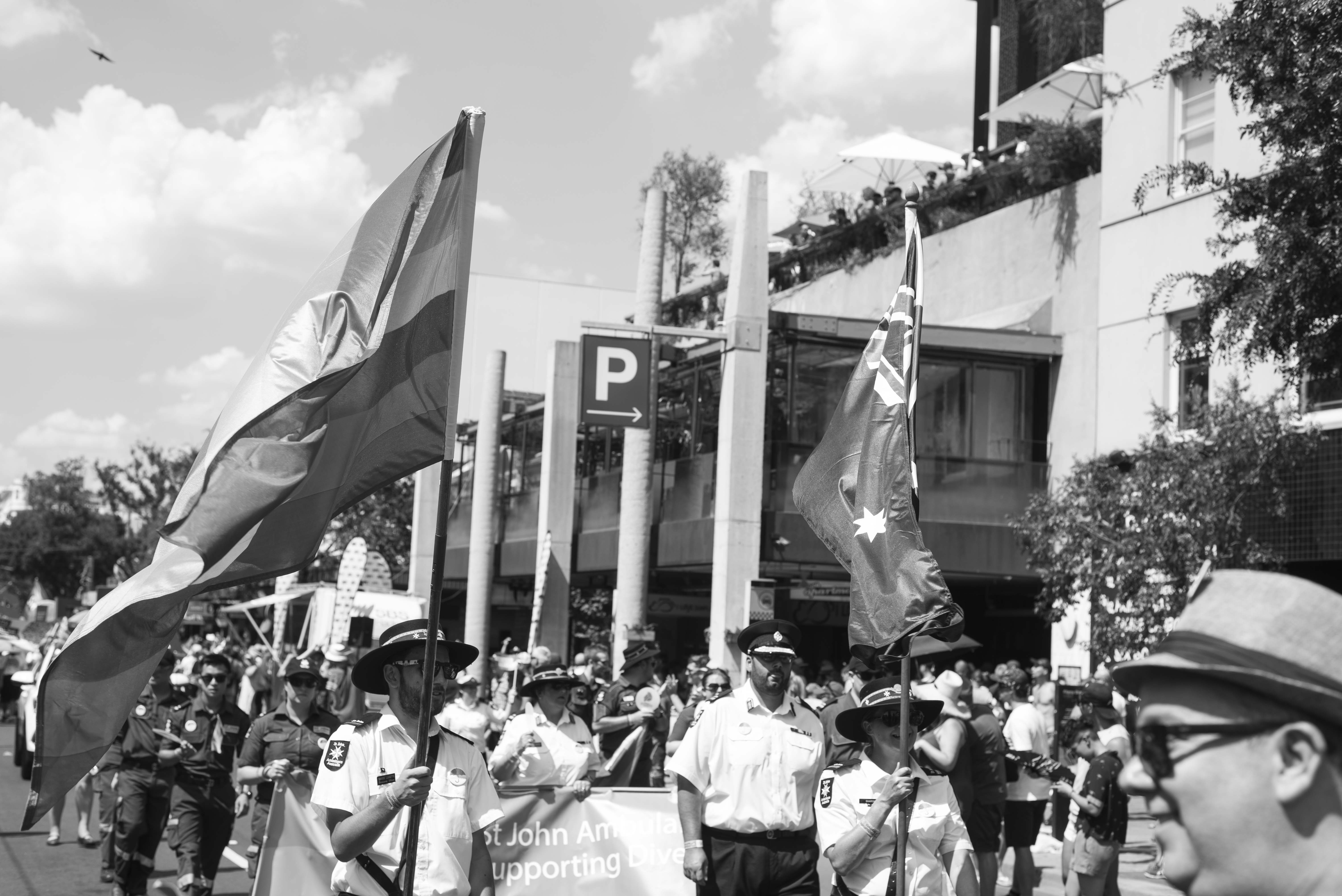