In Personal, performer Jodee Mundy opens up about her experience as the only hearing person in a Deaf family, through a captivating blend of performance, storytelling, multimedia and animation. Mundy delves into the contradictions of inhabiting two worlds: living in a Deaf family, where using sign language is natural; and living in a society that sees only the family’s disability with voyeuristic curiosity.

Being presented at Arts House, Jodee took time out from rehearsals to speak with The Melbourne Critique, about perception, ability  and the importance of theatre and art within the realms of conversations which extend further than the artistic sphere.

Talk to us about the performance, and the different mediums of theatre and technique you are using here to tell your story.

There’s storytelling, film and multimedia, and integrated captioning. it’s told in English as well as Auslan. Sometimes the story is to be understood by everyone and at other times some audiences won’t know what’s being said, so it plays between being inclusive and exclusive. This way, you can experience what it’s like to be excluded

How has your childhood and life, growing up within a deaf family, shaped your identity and in extension how has it influenced this work?

My childhood was awesome, growing up in a deaf family. I grew up signing, so Auslan was my first language and English was my second language. The way it shaped my identity is that I am bilingual and bicultural, and I move between 2 different cultures; this can be seen as deaf and hearing, or abled and disabled, but it can also be seen as inclusive and exclusive. So the culture I grew up in is very inclusive, we don’t leave people out and are used to making sure people are connected and are part of the conversation. Whereas if you move to the mainstream it generally isn’t like that, so I grew up moving between these cultures of deaf and hearing, abled and disabled, inclusion and exclusion. All of that has shaped who I am as a person and has shaped this work.

I wanted to make this work to highlight those differences around these binaries that exist and show that people who hear who are native signers aren’t part of these binaries, we’re fluid in it. It’s not just one or the other. As we know many minorities have intersectionality of people within their communities. A person who has grown up hearing in a deaf family is an intersection of deaf culture and hearing culture.

The media release briefly touches upon the voyeuristic curiosity or nature of how society looks in upon a deaf family, do you think that theatre allows for this in a safe space?

This show has been created in collaboration with my family and its the story that we want to tell, not the story that people want to hear or the story that they assume. Maybe at the start the audience will be voyeurs but by the end they will be, I think, touched and more informed. Also, they will be able to see their own voyeurism reflected back to them because there’s archives of my whole childhood, including a school documentary my primary school teacher made about me. It’s all in the show, so there’s opportunities for audiences to watch voyeurs of me and my family. Also it goes across time, back to the 80s, so you can see how attitudes were back then as well. So it’s pretty funny and certainly enlightening. 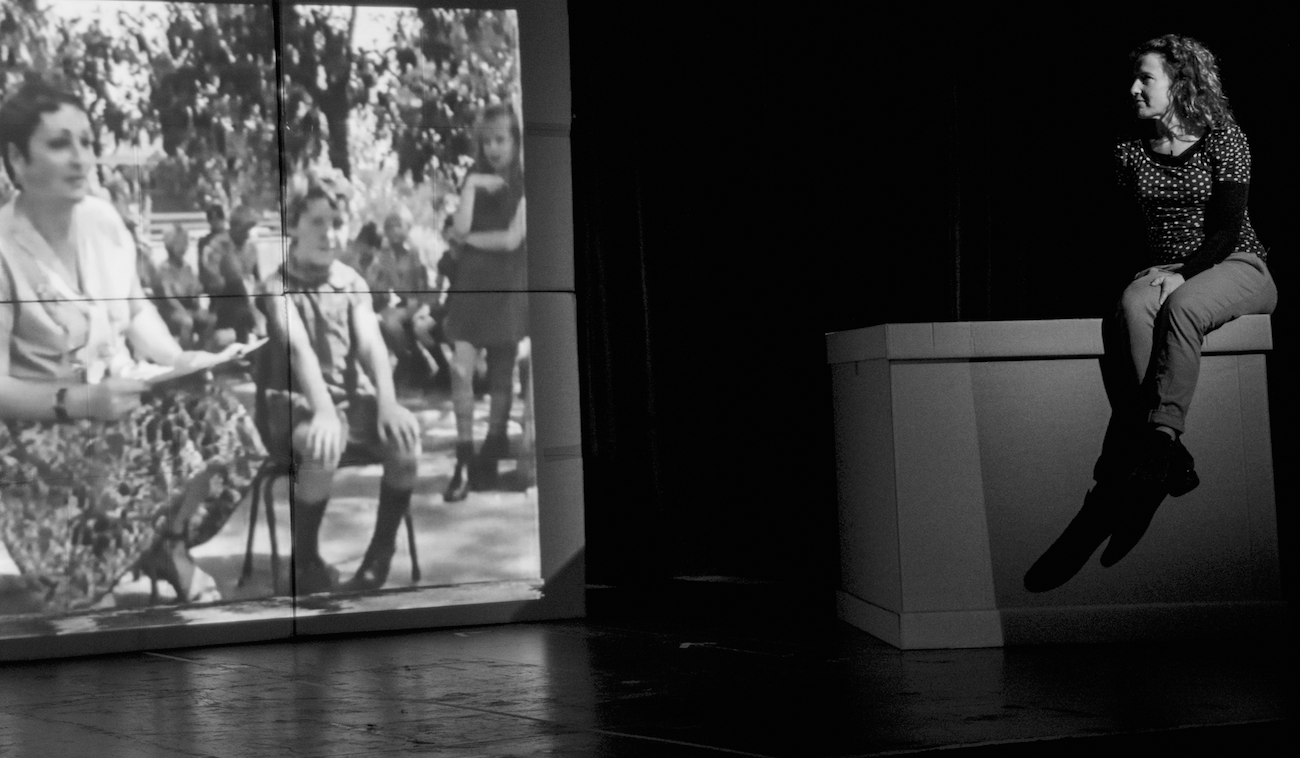 How do you witness society changing either for better or for worse, in the ways we deal with (dis)abilties?

It’s hard for me to speak because I don’t have a disability so I can only comment on what I’ve seen over 40 years of life with my family. Some things have improved; technology is incredible. Before, I couldn’t call my mum and dad but now I can facetime them. Before, I would interpret for my family. Then we got a fax machine, so they could then contact people and now they can email. Also there’s more captioning on television. So those sorts of things have certainly improved but there’s still a lot that’s not great. Education for disabled children has not really improved much since my parents generation. I’ve got deaf nieces and nephews who are little kids, and the education is not great. We still don’t have any interpreters on the news, there are only interpreters if there’s a hurricane or bush fire. In Australia we only have an interpreter on TV if there is a major emergency. How does that make an Australian citizen feel, when they aren’t being included, when someone is on screen talking about a political party they should vote for, or the latest beyonce song. They are excluded from that, and are only included if there is an emergency.

Deaf children need to see their language on television not just talking about major events and in the classroom. Those things haven’t changed. Many things have improved but many things haven’t and it’s the 21st century. I guess my bug bear is that people keep saying how expensive access is but at what cost? The quality of people’s lives? People who are able bodied have the beautiful privilege of having everything they want and that’s not seen as expensive. But as soon as someone else needs something it’s seen as expensive. I think we really need to re-examine how we value things and the privileges we have. And that conversation’s moving forward but very very slowly – across many minorities, too, not just our community.

How does art and theatre help in progress such concepts or notions?

I think that theatre can point to a new future, it helps audiences imagine or reimagine ideas they never thought possible. It helps audiences to reflect. Stories are a wonderful way to help us see ourselves and our own humanity. I know that this story is not just me; there are millions and millions of people out there like me who grew up signing who hear. I knew that this story wasn’t just mine and my families, it’s many many peoples. So we wanted to put this into the landscape to really highlight how deafness isn’t about disability, it’s about language and culture. Not all people who sign are deaf, and that is part of our amazing skills set as human beings to communicate. That’s why I made the work.

What are your hopes for the future?

As an artist I hope personal will tour and do well, it’s already got a tour in Victoria and it’s going to Sydney Opera House which is pretty exciting. I would love to take it abroad and to inspire other people who hear and have deaf parents like me who might make their own works around their experiences. I have never seen of a work about a hearing person with deaf parents in my entire life. I’ve seen some films, but never a live art show. 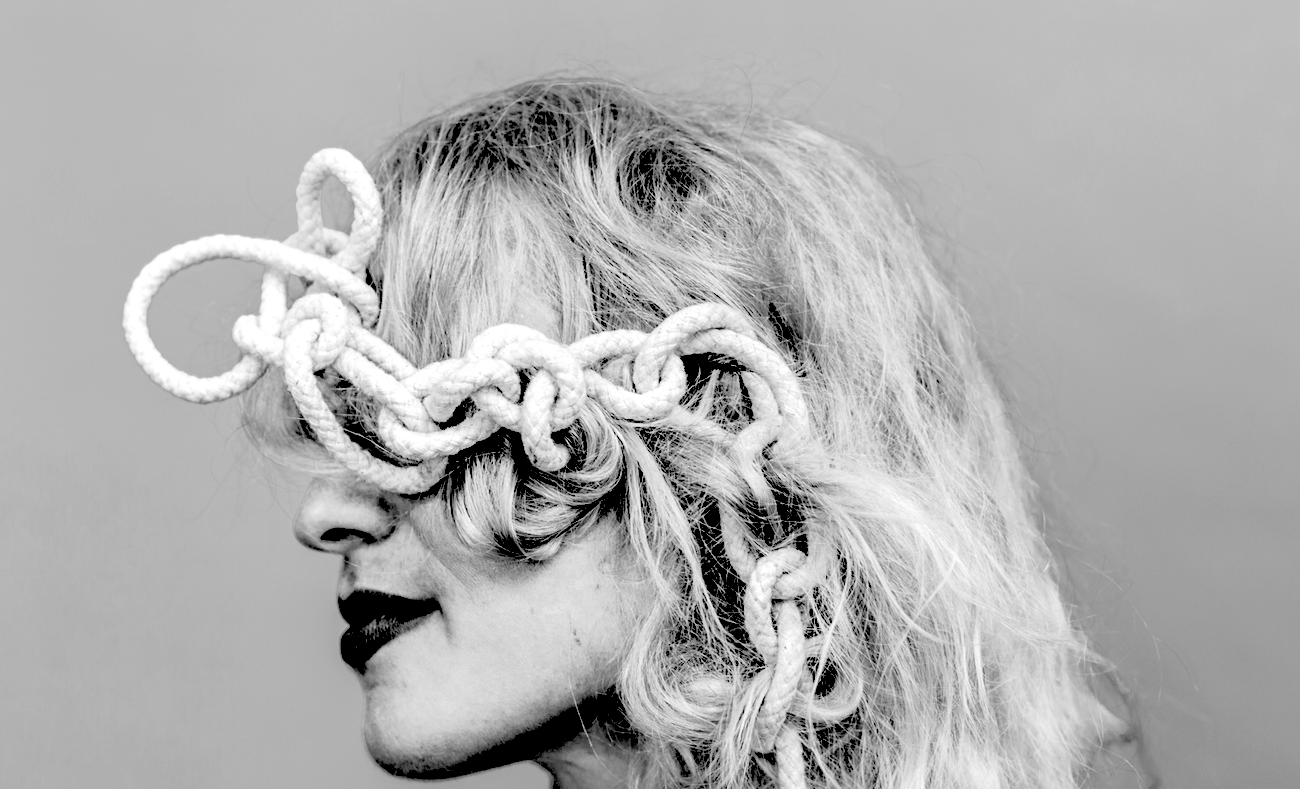