What does it mean to be human, in a period when destruction on the planet is rapidly redefining the laws of nature?  Melding flesh, costume and a robo-primordial aesthetic, Carrion is a stunning new solo performance by Justin Shoulder (V and The River Eats) that introduces the figure of Carrion – a shape-shifting, post-human spectre that speaks in multiple forms and languages. The Melbourne Critique spoke with Justin about this  hallucinogenic exploration of the relations between human, animal, machine and spirit.

Introduce us to you practice and what defines the process of creating solo work?

I’ve been practicing as a performer for the last 11 years and, in many ways, I talk about the nightclub as my education. I have a background in digital media, I studied photography, sound and video at university and did a master of Fine Arts but, I really think that much of my performance practice has come from being and working in community club spaces in Sydney. Sydney has a very rich history of queer performance.

About 11 years ago I was starting to work and play more within Cabaret club spaces and was looking and watching a lot of my peers who were doing that kind of work. But then, over time, I started to, kind of, cultivate my own language and a body of work called phasma. It also developed into this kind of ecology of political beings that are informed both by my queer lineage but also my cultural ancestry which lies in the Philippines.

I do work as a solo performer, I use my body as the main tool and then extend it through costumers and prothesis but, so much of my practice is collaborative. Although you’d often define them as solo based works, they’re very much a part of a company of artists where I become the director, or dominant voice. But, whether it’s through the music, collaborative costume-work or dramaturgy of the cinography it’s always very much a collaborative process.

So, for the last 11 years I’ve built this body of work – I used to call them fantastic creatures but now I call it Phasmahama. There are about 12 creatures all together. My early work is very full body costuming, you can’t see any of my flesh, and looking at how far I can move away from my human form. But now the challenge lies in how I can use my body and the malleability of my flesh and choreography to have these transformations.

Can you explain what your latest piece explores and how does it extend outwardly to engage with the world around it?

The work was seeded, as many of my works have been, in a nightclub performance, at a queer-techno party in Sydney. Originally, I was very interested in these kinds of intersections between my body, technology and my animality. In many ways that’s become the main exploration of the work. I have club-based works that are much more spectacle based and work a little more through drag. I become all these figures; a weather reporter, a CEO/presidential fascist figure, and this narrator figure. It’s like being this cyborg figure becomes the conjugate for all these fears to do with living in the West.

The theatre work has some of these elements but also explores ideas of an artificial nature. There’s a series of becomings where, using masks and prosthesis, I transform my body into the landscape, into a prehistoric bird, and I guess the main thread running through all these ideas is the idea of a figure learning to adapt to a landscape that’s falling apart. It’s fantasy, but very much rooted in, and a reflection of, the Anthropocene. It is a reflection on climate change and the reposition of the human, but also imagining possibilities for becoming and adaptation using fantasy as a framework to talk about those ideas.

So your vision for a future world is dystopian, how has this sentiment infiltrated your work?

I think it’s dystopian but there is also a seed of hope; where the figure, through all their travels in this work,  becomes a figure that survives and thrives through adaptation. It’s dystopian in that the world is quite bleak and removed from the organic and most things in the world are synthetic or representations of nature. I guess the work does echo my fears but also hopes, so it has balance. It paints a picture that’s utopic in its possibility but dystopic in its coldness.

I set myself these parameters to use, just a few objects in the space, to talk about a figure that survives and adapts using very limited resources. People often talk about the work as apocalyptic, but it definitely has a seed of hope.

How have you envisioned and portrayed the integration of human, animal, machine and spirit? What devices have you employed?

There is a series of becoming between all those things and its always a hybrid thing. Using prosthesis and masks and costuming, which is a very native language to me, and then layered on, I work through a gestural language that animates all those forms. That’s the main device.

Tomorrow, if you awoke and the world was bereft of creativity and art, how would you and your body react?

You can’t even accept the idea of it? 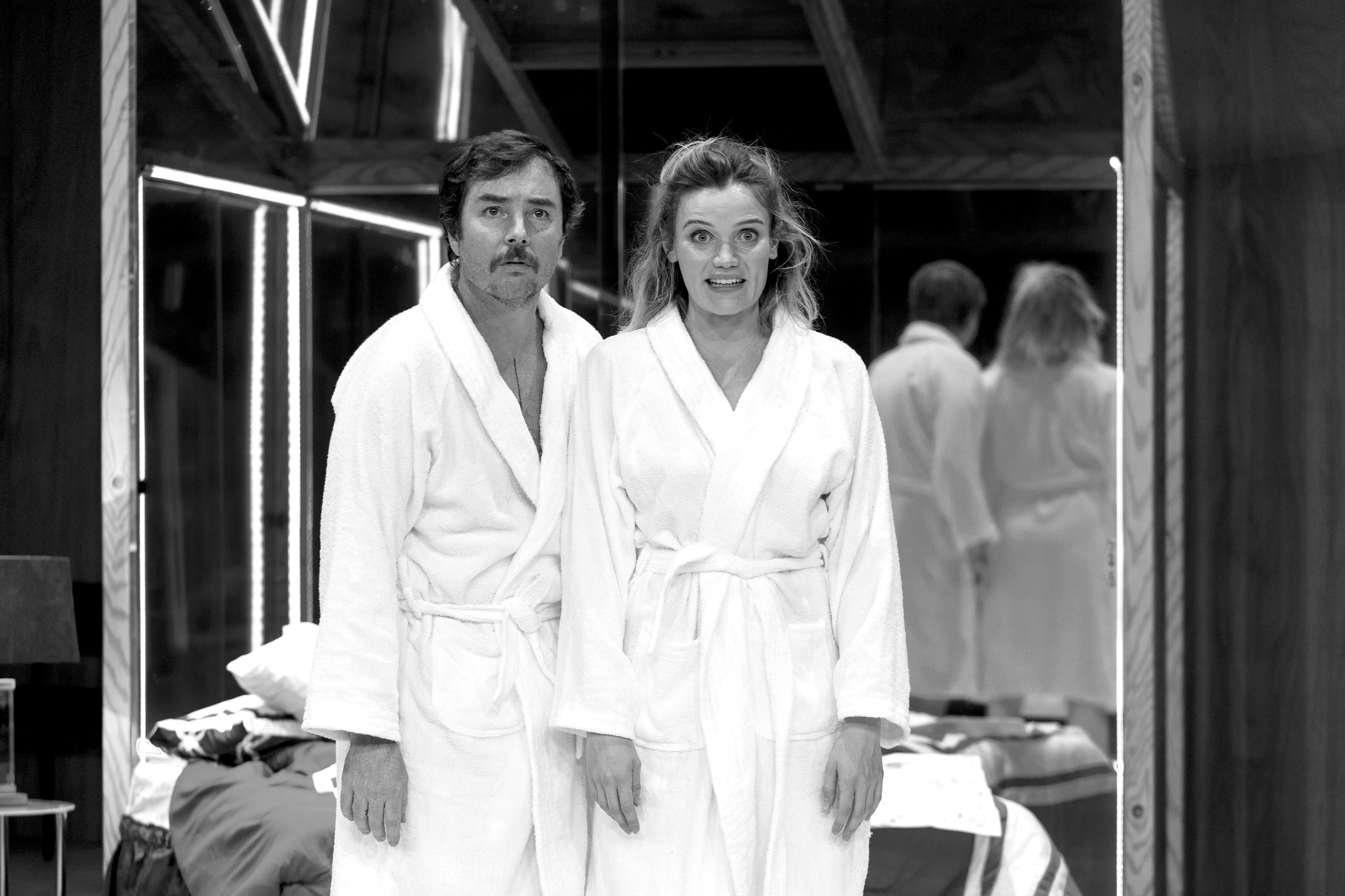 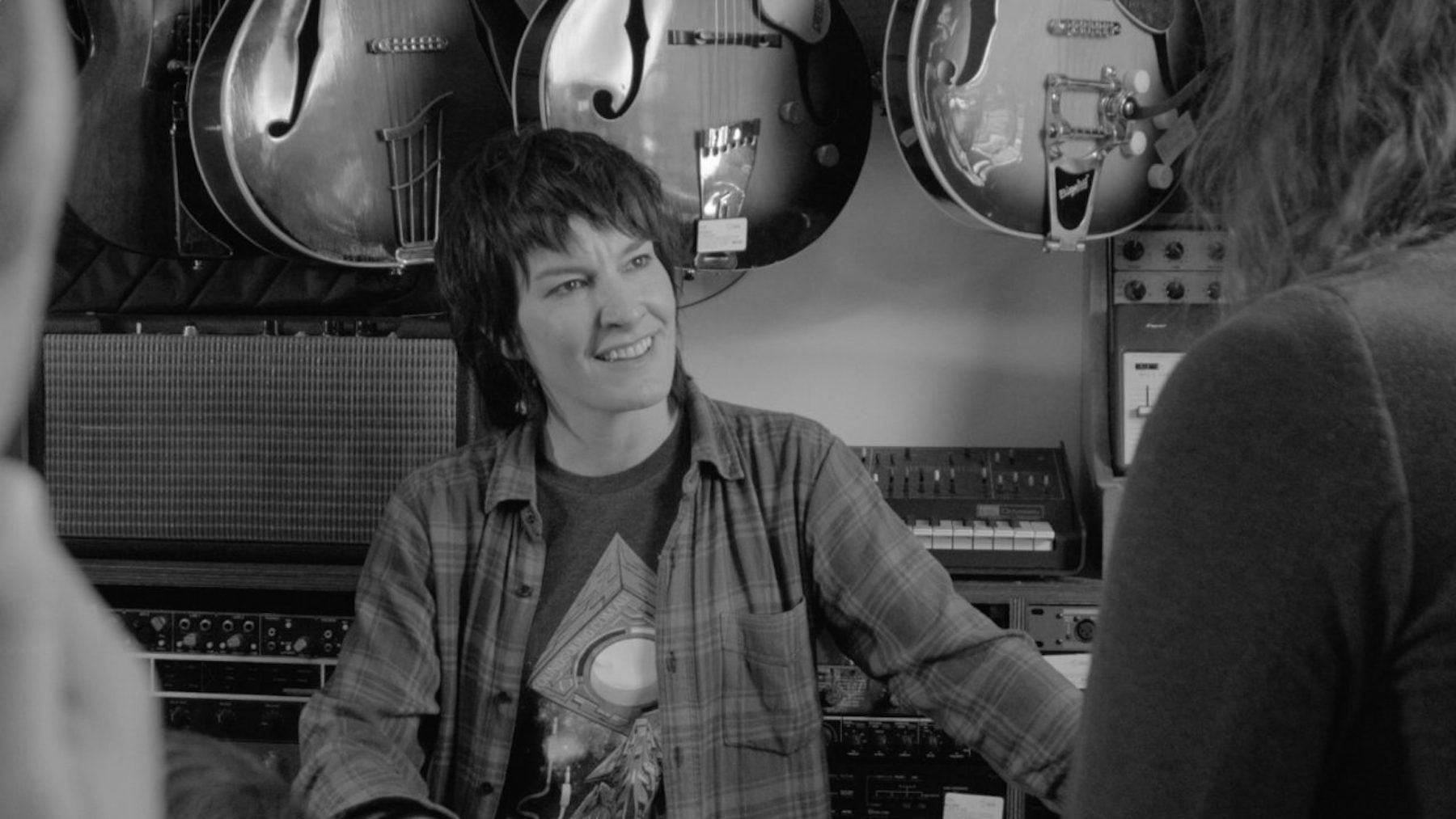