Many (most often within the arts) herald works such as Anthem,as being necessary or vital  – threatening to fracture and disrupt the fragility of mainstream discourse. But when art still remains such an undervalued recourse, what is its purpose, and how far-reaching is arts conversation?

Broken into five interconnected storylines, Anthem is a work of scale – not only physical, but also in its scope. Brooding energy bubbles away on the surface, and a palpable anger barely manages to remain disguised. Simmering away are the stories of minorities and individuals that are as much over-looked as they are ignored because, in Australia, home truths remain the most confronting.

For the most part, the writing here is effective, though at times borders on becoming shrill and almost sing song. The inclusion of string instruments is a trope that many a theatre maker has employed, yet in Anthem the involvement of such sound is an easy pass to be becoming emotive. How much of this work’s emotional dexterity would remain if this element was subtracted? Perhaps, not much.

Some of the acting is problematic, and with such a large cast comprised of immensely strong performers, the weaker links here really let the ensemble down as a whole. A large cast may, on paper, seem impressive, but is perhaps unnecessary in a work such as Anthem. One might suggest that in having less cast members to pay, the extra budget would be better spent on longer development.

Perhaps the biggest issue lies within this work’s representation of character. Through its interrogation of class and culture, it may just have missed the mark, resulting in mere perpetuation of stereotypes. Within the context of Melbourne Festival demographics particularly, the makers of this work really need to question who their audience is. Much of the humour in this work is amiss, and you would hope that a work such as Anthem would strike an emotional chord and allow audiences to feel true empathy. Unfortunately, on opening night at least, the audience was found laughing at the most inappropriate moments.

While there are some great moments found throughout this long work, it peaks in the opening scenes of Act Two. What follows, though, is a great injustice to such a monumental work, and as anti-climactic as bad sex with someone you were previously incredibly attracted too.

As it stands, there is far too much superfluous material that detracts from the work’s underlying message. Much of the iconography that Anthemrelies upon would be lost on audiences if the work were to be toured.

As someone who comes from a migrant, working class family, this work left me feeling uneasy about how lack lustre its punch is, particularly when it evolved from the classic Who’s Afraid of the Working Class? – theatre of its time that was pivotal in changing the conversation. 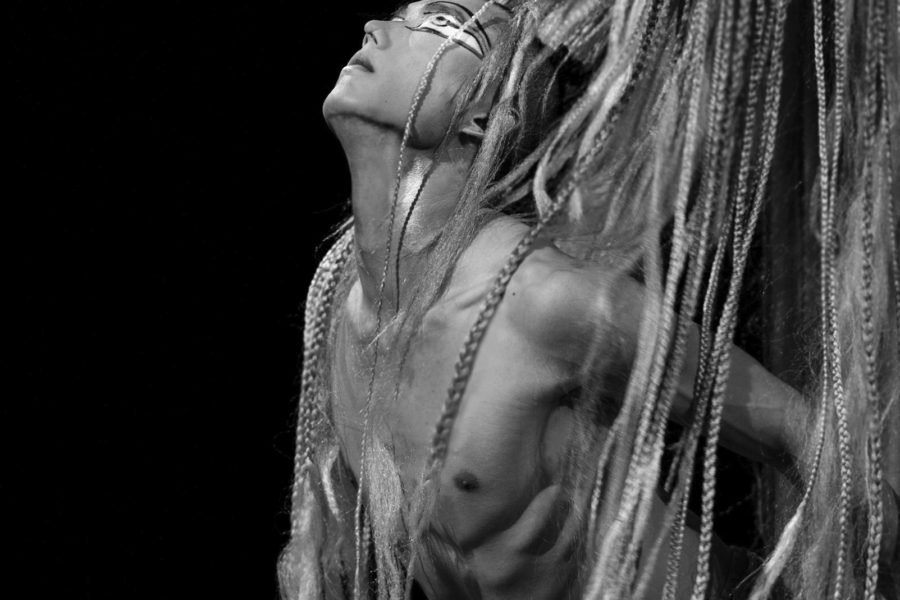