Token Armies is an immersive experience, but is it a successful one? Having witnessed the preview and opening night performance, some of the magic that was first there is now nowhere to be found. Perhaps the hardest pill to swallow is that within this show, are not only dancers but live animals. If it is no longer deemed acceptable to have animals in a circus show, can it still become somehow acceptable if we slap a ‘high art’ sticker on any given performance? It seems that here, this was enough for all the bourgeoisie audience members to simply turn a blind eye.

Is this work even ‘high art’, or simple spectacle with very little depth? Orchestrated only to appeal to the masses, a weak attempt at bringing back a company from the brink of extinction after time spent in the wilderness where they lost just about every last shred of cultural relevance. Would it have not been better to let this company slowly fade out? Far from being a bad performance in comparison to works made by original Chunky Move director Gideon Obarzanek, this feels like pale imitation. Even under the questionable direction of Anouk van Dijk, the work of the company at least had a little depth and substance.

This work ventures no further than the well-trodden post-apocalyptic trope many have done (better) before. The concept is so boring it might as well get married, get a mortgage and buy a house in the outer ‘burbs. Token Armies is so beige you really must question what the creatives were thinking during the development process. It shows a distinct lack of connection to changing social mores (see live animals in performance), and illustrates what happens when art becomes so self-involved it simultaneously forgets to check its own privilege.

This is an excruciating review to write, but no-one else in this town will have guts to say what has been said here, even if many of us are thinking it. Chunky Move was once at the forefront of contemporary dance in this country – shoes that have more recently found a better fit on the feet on other dancers. But that was years ago. Now it feels as though this company are reduced to cheap thrills, which are pretty basic if a little novel. 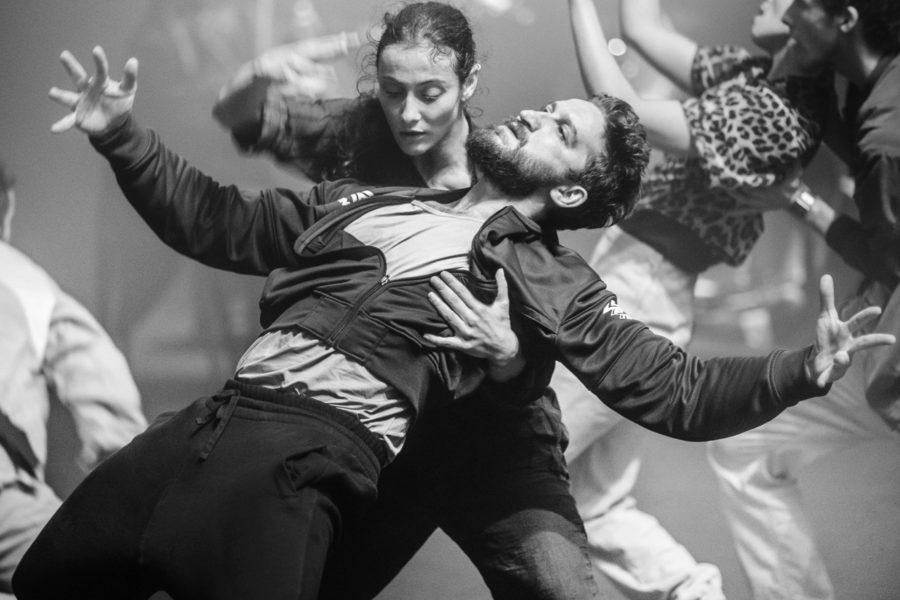